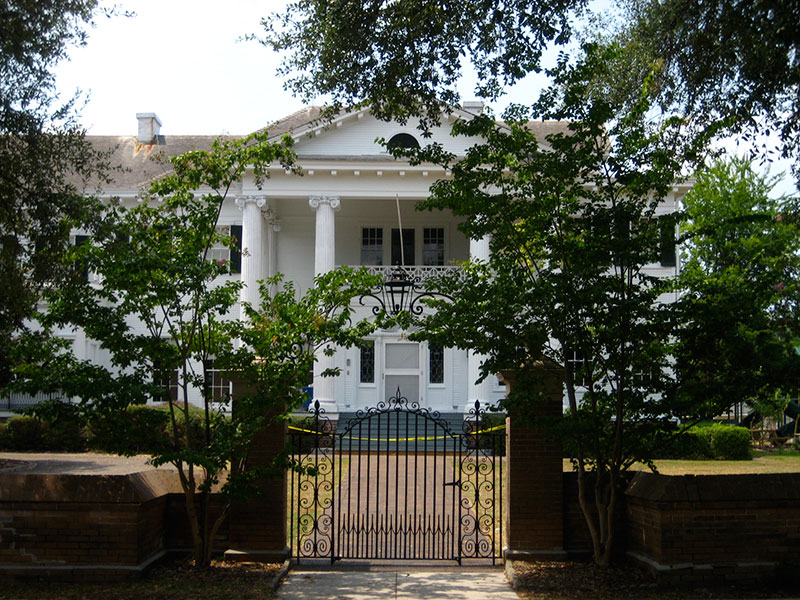 Located at 520 North Fifth Avenue, St. John’s Day School was once the home of Mr. and Mrs. George S. Gardiner. It was built by the Gardiners at the turn of the century to ensure comfort and a gracious way of life for their family, as well as to share its ambiance and amenities with their fellow citizens. Laurel, MS was a small lumber town at the time the home was built. Dirt roads and tiny wooden houses were prevalent in the small town; however, Mr. and Mrs. Gardiner had grander ideas for Laurel. The building was originally called Laurel Manor, and the land surrounding the home was a beautiful garden filled with fragrant gardenias and winding brick paths. The true beauty of Laurel Manor was the three-story mansion with wide porches and ornate columns. Laurel Manor would be home to the Gardiner family until 1949. This beautiful family home now bears the name of St. John’s Day School.

In 1949, Mrs. Jane Rogers Hynson, granddaughter of Mr. and Mrs. George S. Gardiner, discovered that Reverend William Mann, rector of the Episcopal Church in Laurel wanted to start a school. However, he did not want to start just any school. He envisioned a school where a child could learn and grow intellectually, physically, emotionally, and spiritually. Rev. Mann’s main objective was “to tie in the regular studies and activities of pre-school and grade school children with the religious teaching of the Bible and the Christian faith.” St. John’s Day School officially opened on September 11, 1950, with only a handful of students. The school began with four classes, Kindergarten (K4), Primer (K5), First Grade, and Second Grade. Over the years, more grades were added, and by 1955 the first sixth grade class graduated from St. John’s. These students, like so many others after them, were sent forth from here to be the “Promise and Possibility” that helps to define who they are and what they will become. Traditions, both old and new, have always been part of St. John’s Day School. Chapel is a weekly tradition where everyone gathers together to sing, pray, and learn more about God and what is going on in our school that week. This is part of the vision of Rev. Mann when the school began. Each week at chapel the song “I Am a Promise” is one of the highlights of the week. It helps remind us about the “Promise and Possibility”. Now there are over 200 students being instructed and groomed in patterns that will ensure each child’s successful preparation for future educational endeavors and adulthood.

Thanks to the foresight of William S. Mann, and the generosity and dedicated interest of Jane Rogers Hynson, St. John’s Day School continues to be a unique and progressive academic institution. Guided by a philosophy of moral and spiritual values and committed to the academic, physical, and cultural pursuits necessary to a well-rounded education, St. John’s enjoys a special heritage as it progressively moves into its seventh decade.

The St. John’s family is ever-growing and ever changing with the times; however, the faith and love and care of children that are at its heart remain the same.

The Board of Trustees, the Administration, and the Faculty of St. John’s Day School believe that the school’s function is to accept all students as individuals.  By developing their potential intellectually, physically, emotionally, spiritually, and aesthetically, they will become valuable members of our democratic society. Basic to our philosophy is the development of each child’s self-concept. We also believe concerned discipline is essential to the growth of the individual. Rooted in a Christian setting, we believe that Christian principles and content materials from Holy Scriptures should be taught in regular chapel programs and activity periods. We also believe that the headmaster, teachers, and other personnel should exemplify Christian morals and ethics in their own attitudes and actions. The goals of all our activities at St. John’s Day School is to develop learning habits and character traits which will enrich personal living and result in responsible citizenship.

Contact Us for any questions or more information about how to join the St. John’s family.

Find out more about Registration

© 2013 St. John's Day School
All Rights Reserved // Privacy Policy // Terms of Use
If you have difficulty accessing any portion of this site please let us know